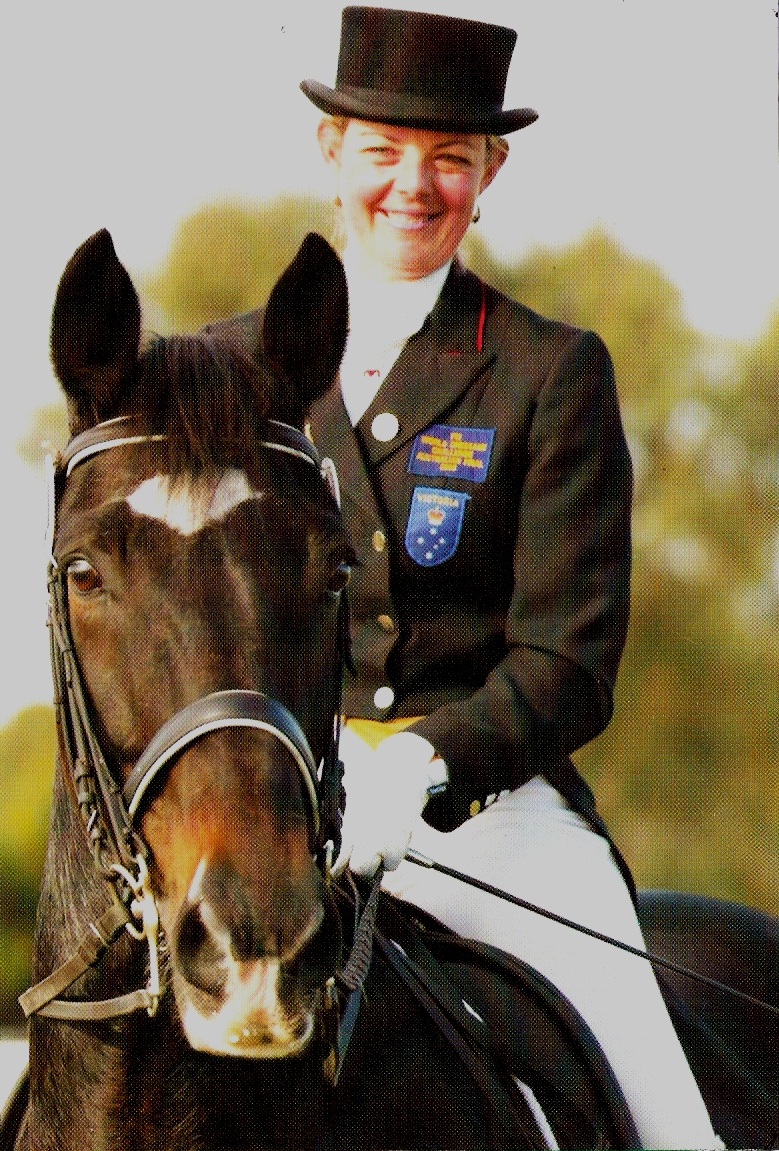 Leanne Williams is the mastermind and backbone of Avoca Park. Leanne’s passion for horses and caring for them to succeed amounted to an impressive resume. In the past 30 years Leanne has achieved her Equestrian Australia, National Coaching Levels 1, 2 & 3 in Dressage. She is also a level 2 Jumping Equitation Judge and is a level 1 licensed teacher in Philippe Karl’s School of Légèreté.

During her riding career Leanne trained and competed Avoca Black Saint to Grand Prix and in that time represented both Australia and Victoria. Leanne’s currently continuing the development of her riding with the School of Légèreté and studies many aspects in maintaining and improving the horse and rider’s wellbeing.

Pictured Left is Leanne and Avoca Black Saint, in his prime. To the right is ‘Ziggy’ as he was affectionately known, enjoying his retirement and adored by Leanne to his very last day.

For more information on having Leanne teach you, a clinic or train your horse please click the relevant link below.

Underneath those links is Leanne’s story on how she become the rider, horse trainer and coach she is today. 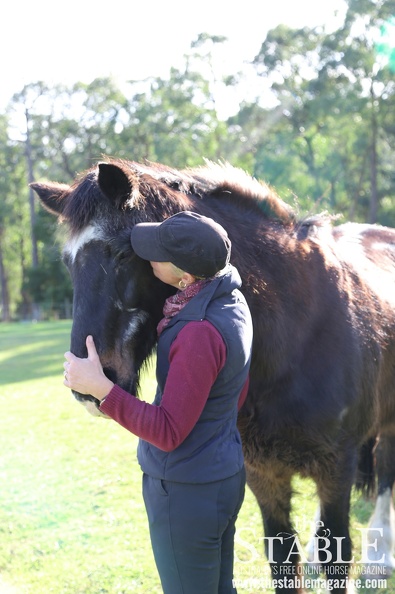 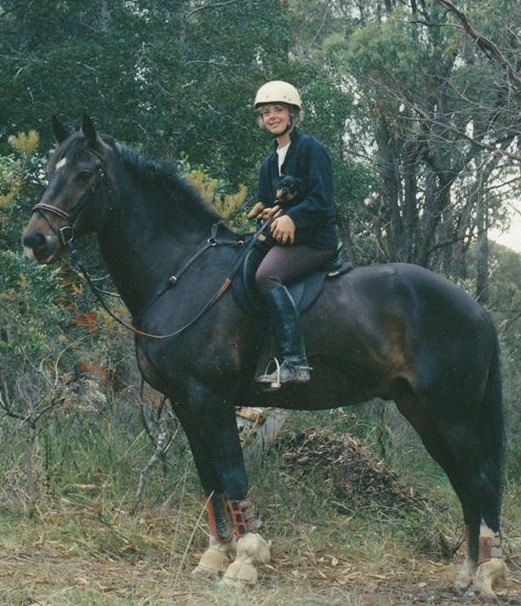 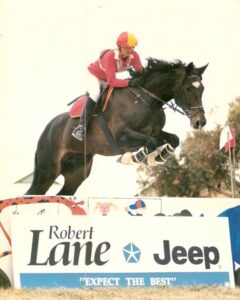 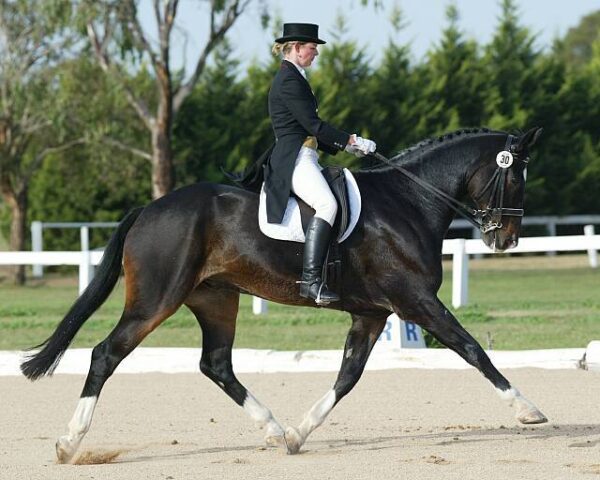 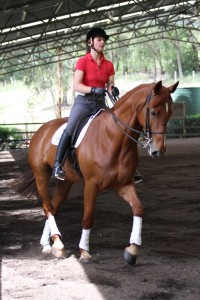 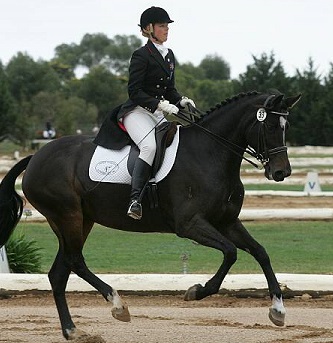 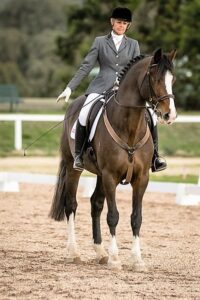 I never got to have a pony when I was a little girl, but I did go to a riding school for a few years during my Primary School years

.It was a strict environment and in hindsight now, it taught me well.

My best friend next door had a horse, I made friends at school with horses, I got my fix that way. No-one really knows where my love of horses came from but there was certainly no way of swaying it.

One of the first friends I made at high school had a farm and horses, I was lucky enough to be able to spend many of my weekends with her and had the wonderful opportunity of being able to take part in all things horses. They had a spare horse that I was able to ride his name was Jack and he ended up passing away with me at age 32.

During my teenage years we just rode horses, we trail rode, swam in dams, made our own jumping courses, hunted and I went to Pony Club with them, only to watch though.

Every Christmas we went on a trail ride that left Dixons Creek in Victoria on Boxing Day, we rode to Buxton or Molesworth arriving on New Years Eve, stayed for 2 nights then rode back to Dixons Creek by the 4th January, it was the most wonderful times to have on and with the horses.

At 19 I purchased my first horse, Mica, a float, and a car I could tow them both with. I also joined Pony Club for the first time. This was in 1988. This was also when I had my first official riding lesson, I was so EXCITED!!!!

For the first years at Pony Club I was mainly in the games team as I really didn’t have enough skills for the other activities. I stayed in Pony Club for a few years then I moved onto the Adult Riding Club.

I continued with my lessons relentlessly, as many as I could afford sometimes 2 and 3 a week. I went to work just to have riding lessons, I just could not get enough.

In 1991 I purchased Ziggy (Avoca Black Saint) and still my skills were not fantastic, but he taught me to up the ante as he was way too much horse for me.

I purchased him to show jump and we competed in the Equestrian Australia classes at C & D and D grade levels, it was a wonderful experience to do this, but it wasn’t for me.

In 1991 I achieved my Level 1 Jumping Equitation Judging certificate and then in 1993 my Level 2 certificate, I really loved that part of the industry, and still do now. I judged at the Pony Club State Qualifiers and Adult Riding Club Top Team Trophy for many years as well as sitting on many Show Jump Club committees.

My Dressage had started to develop by this time and we then tried our hand at eventing, this was also a fantastic growth stage in my riding career, the final event I did was the Wandin horse trials where it was still required to do roads and tracks and a steeple chase prior to the cross country. It was a HUGE fitness effort for the horses and us.

In 1995 I achieved my Equestrian Australia Level 1 Coaching certificate and I commenced my coaching business at Avoca Park.

My final career move was into the Dressage arena, as this is what I had truly come to love. Ziggy and I moved through the grades methodically, we were never super stars but we were consistent and a force to be reckoned with.

My team of horses continued to grow, and we spent every weekend competing, every waking hour riding, training and working with the horses.

In 2000 I represented Australia in the World Dressage Challenge, something in my wildest dreams I never thought was possible and once again what an honour.

In 2002 I achieved my Equestrian Australia Level 2 Dressage Coaching certificate and in 2007 I received the honour of EA Victorian Coach of the Year. I was enormously proud.

In 2010 I received Equestrian Australia Coach of the Year for the second time and still wear those jackets with pride.

The years went on and so did my search for knowledge, in 2009 I commenced my journey within Philippe Karl’s, School of Légèreté, it was a 3 year program in which at the completion of the 3 years we could go for our Level 1 exam. I passed this very intense course in 2015 and became the first Licensed teacher of the School of Légèreté in Australia.

I was invited to apply for the Equestrian Australia, 12 month course at the Australian Institute of Sport to complete my Level 3 Dressage Specialist qualifications. I applied and was accepted. I passed and received my certificate in 2014.

I was now starting to develop my knowledge of the impact of training horses on their bio-mechanics and wanted to know more so I started my studies again. I worked with Equinology, went and did my first dissection with Sharon May-Davis along with her other Anatomy and Palpation workshops.

Avoca Park then commenced running a lot of Equine Bio-Mechanic workshops, where I learnt so, so much from all the presenters we had here… Equestricare Massage Specialists, Equine Osteopathy specialist from the UK, Stuart McGregor, Cranio-Sacral specialist from Canada, Sandi Howlett, Gillian Higgins, many Equinology courses and specialists. They have all contributed to the development of my knowledge.

This led me to my final qualification, a Racing Victoria Pre-Trainer in 2017, I am now wanting to have a positive impact on the way we train racehorses and work with the trainers from a bio-mechanical angle to aid in the health and longevity of these horses.

Thank you for taking the time to read my little tale, I hope I can inspire and aid many a rider, as anything is possible if we want it enough!! 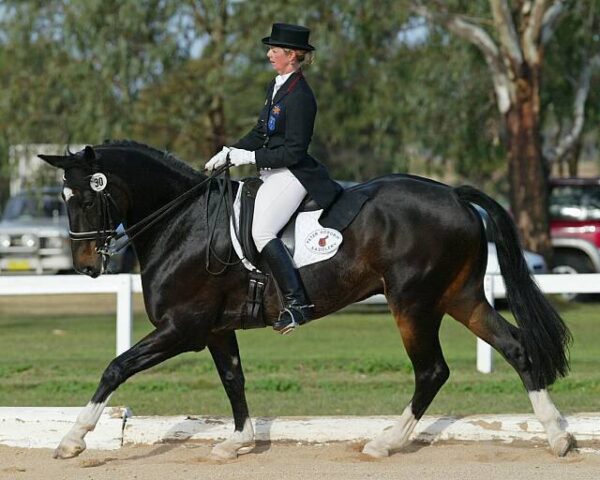 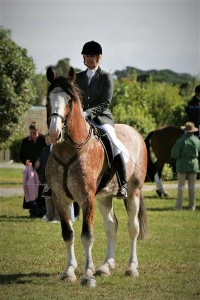 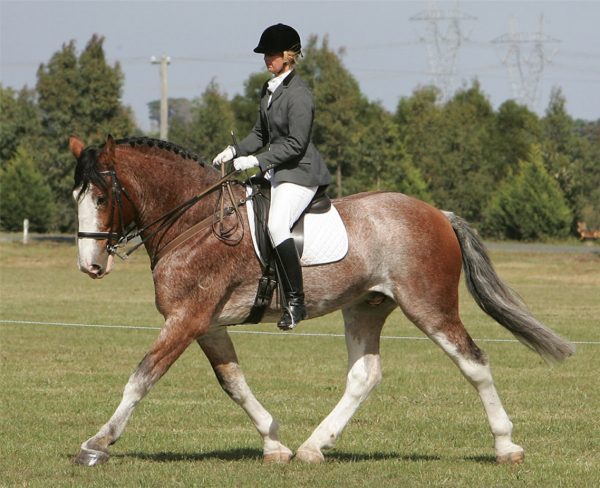 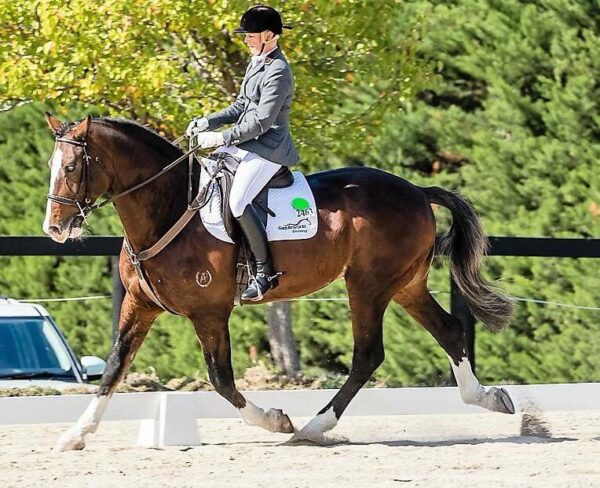 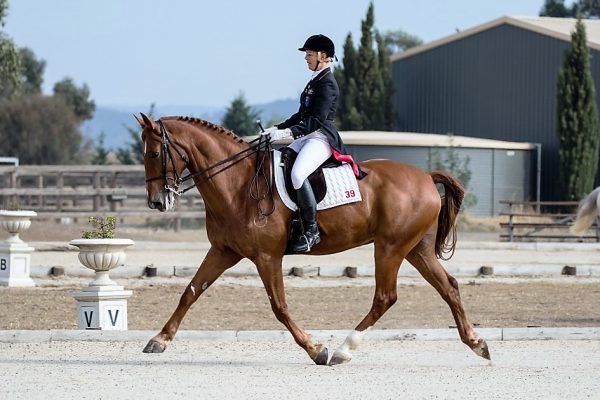 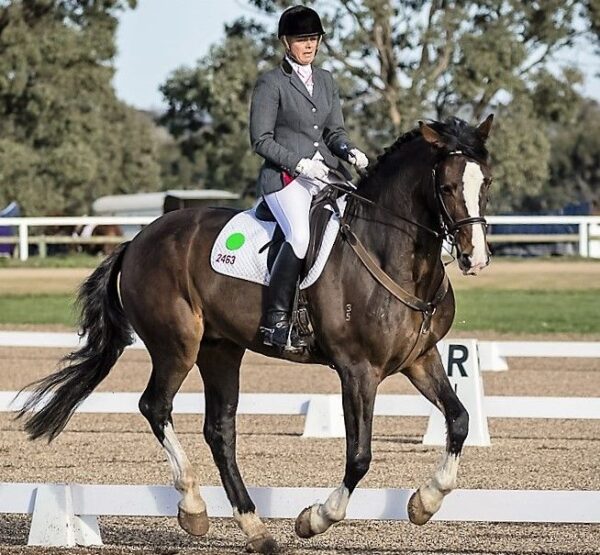 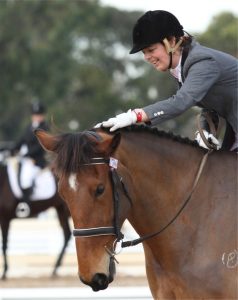