To be a coach at Avoca Park, each coach must have their EA Coaching Qualifications to teach. Australia does not provide any compulsory or safe guideline in order for an instructor to be allowed to teach, and you’ll find a lot may not even be covered with insurance.

However we do have available is our performance governing body, Equestrian Australia. Within this organisation (EA) there is an in-depth coaching education process which enables future coaches to work through 4 levels in 5 areas: General, Dressage, Show jumping, Eventing & Carriage Driving.

The 4 levels to work through are Introductory, Level 1, Level 2 and Level 3.

They cover the theory, oral and practical elements of the 3 components to each level,– Horse Management. Riding & Coaching.

The Horse Management and Riding needing to be passed prior to the commencement of the Coaching at each level.

On a yearly basis when registrations are due it is compulsory that each coach produces evidence of self-education which is based on a points system and to have also taken part in bi-yearly EA Coaching update. These updates are for any new information necessary for Equine coaches to know including insurance updates, Equestrian Australia or Equestrian Victoria rule changes.

Overall, it is a very in-depth education process that produces Coaches/Teachers of the highest standard.

At Avoca Park we feel it is particularly important for us to only use EA qualified coaches for our teaching.

The SAFETY and WELL-BEING of our non-horse owner and horse owner students is paramount to us.

With that introduction we would love to introduce you to our coaches below….

Back to Avoca Park Team 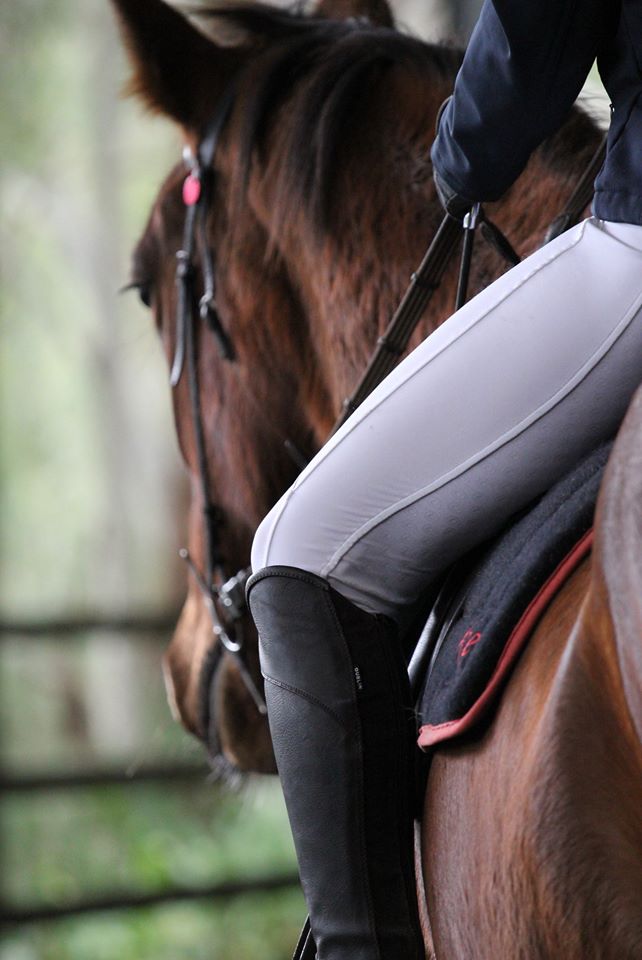 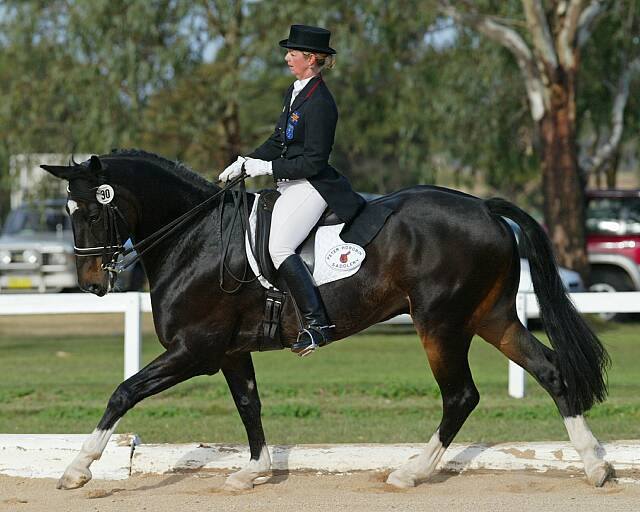 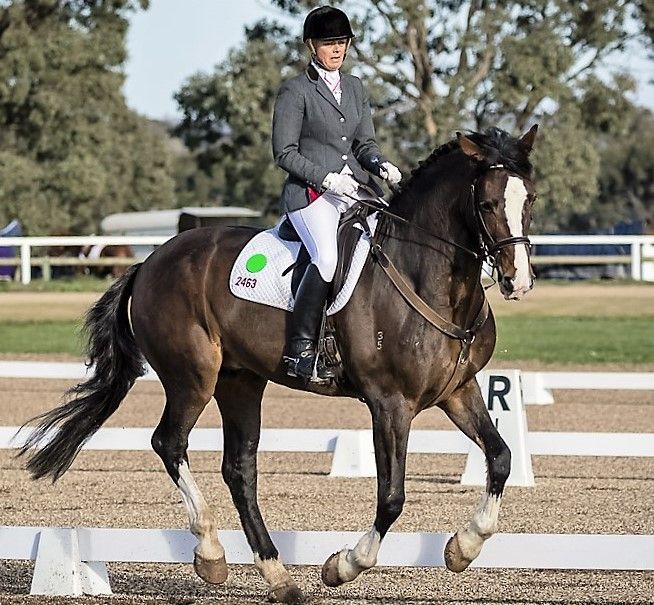 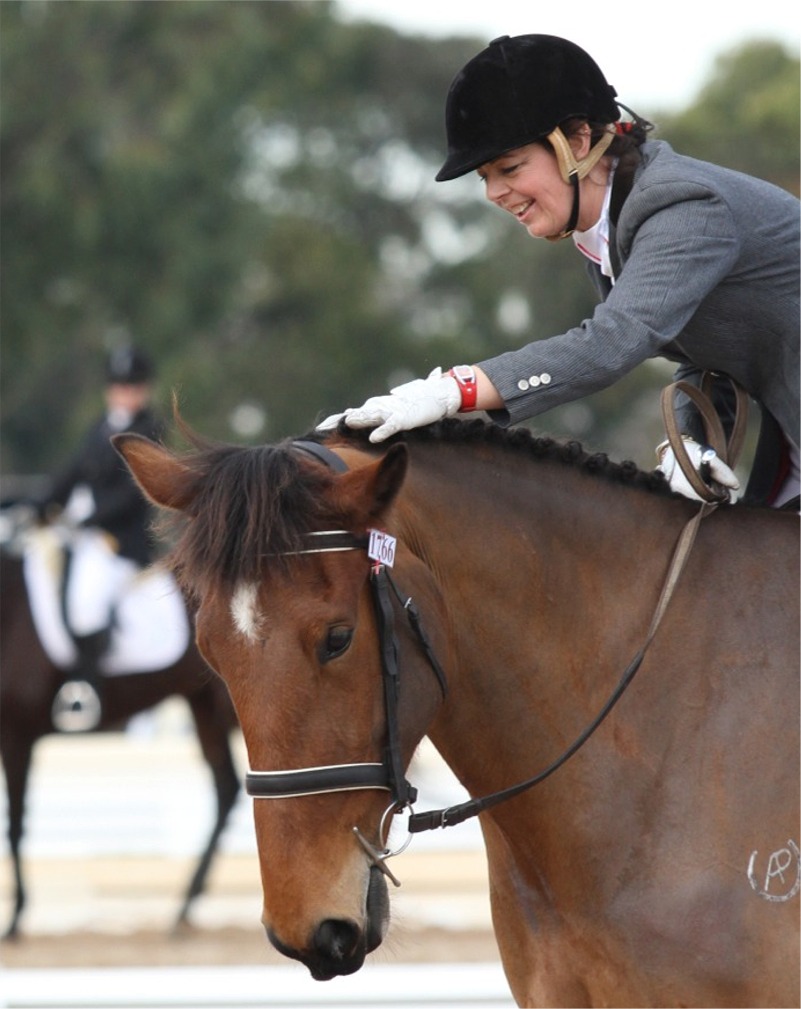 As a child Leanne’s love of horses grew as her childhood friends all had horses. She worked and lived for the horse lifestyle enjoying her teen years just riding horses, on trails, swimming in dams, making jumping courses, hunting and going to Pony Club with her dear friend to watch and cheer them on.

In 1988, at 19 she purchased her first horse, Mica, a float, and a car to tow them both with. She joined Pony Club for the first time and during this year she had her first official riding lesson!! She stayed in Pony Club for a few years then moved onto the Adult Riding Club as she continued with her lessons relentlessly, as many as she could afford (sometimes 2 and 3 a week!).

In 1991 she purchased the amazing ‘Ziggy’ (Avoca Black Saint) and her riding still needed improving, as he taught her to up her ante as he was way too much horse for her to handle. She purchased him to show jump and competed in the Equestrian Australia classes at C & D and D grade levels, which she enjoyed but discovered it wasn’t her destiny.

During 1991 she achieved her Level 1 Jumping Equitation Judging certificate and then in 1993 her Level 2 certificate, she loved that part of the industry, and still does now… she has judged at the Pony Club State Qualifiers and Adult Riding Club Top Team Trophy for many years as well as sitting on many Show Jump Club committees.

This is when Leanne’s dressage had started to develop and they tried eventing, this was also a fantastic growth stage in her riding career, the final event Leanne participated in was the Wandin horse trials where it was still required to do roads and tracks and a steeple chase prior to the cross country. Which was a HUGE fitness effort for the horses and riders.

In 1995 she achieved her Equestrian Australia Level 1 Coaching certificate and commenced her coaching business at Avoca Park. Her final career move was into the Dressage arena, as this is what she had truly come to love. She and Ziggy moved through the grades methodically, although they may not have been super stars, they were consistent and a force to be reckoned with… In 2000 Leanne represented Australia in the World Dressage Challenge and in 2002 she achieved her Equestrian Australia Level 2 Dressage Coaching certificate.

From there Leanne’s search for knowledge led her onto a journey within Philippe Karl’s School of Légèreté in 2009. It was a 3 year program in which at the completion of the 3 years, the students could go for their Level 1 exam. Leanne passed this very intense course in 2015 and became the first Licensed teacher of the School of Légèreté in Australia. Before completing the School of Légèreté program Leanne was invited to apply for the Equestrian Australia, Level 3 Dressage Coaching 12 month course. She applied,was accepted and passed- receiving her certificate in 2014.

After a huge step in her coaching career Leanne now started to develop her knowledge about the impact of training horses on their bio-mechanics and she wanted to know more so she started her studies again. Working with Equinology, she did her first dissection with Sharon May-Davis along with her other Anatomy and Palpation workshops. She then hosted and particpated a lot of Equine Bio-Mechanic workshops at Avoca Park, where she learnt so, so much from all the presenters. From Equestricare Massage Specialists, Equine Osteopathy specialist from the UK, Stuart McGregor, Cranio-Sacral specialist from Canada, Sandi Howlett, Gillian Higgins, many Equinology courses and specialists. They have all contributed to her knowledge and ways of teaching.

Leanne’s final qualification was becoming a Racing Victoria Pre-Trainer in 2017, with the intention to create a positive impact on the way trainers train racehorses and work with the trainers from a bio-mechanical angle to aid in the health and longevity of these horses. ????

Frank teaches joined us in June 2020, and both we and our clients adore his nurturing and positive approach to teaching and our horses. He is a Level 1 EA Coach (General) who has experience coaching from beginners to advanced riders, mainly in the areas of dressage and showing. He has been riding & competing in many disciplines for over 40 years and has spent approximately 30 years coaching.

Frank comes from Queensland and commenced his horse career at Pony Club progressing to Dressage, Eventing and Show Horse. He has had many years of success competing at a high level, but now wishes to put back into what has been a much loved hobby, by encouraging and helping people improve their own ability whether it be for pleasure or competition.

Franks favourite part of the job is “When I see the smile on people’s faces as they achieve their goals In their progress, whether it be their first rising trot steps or a well executed canter transition or correct two track work”.

We asked Frank who his favourite horse or pony was at Avoca Park and his answer gives an insight of how much he appreciates them all. “This is a difficult question. When working with the ponies and horses I so appreciate the job they perform from the ponies with their different natures to the beautiful experienced retired competition mare Louise. In their ways they all appreciate being shown gratitude and appreciation…Maybe ‘Vegemite’” because ” Vegemite & Santa commenced their duties at Avoca Park just prior to myself and have settled into their jobs catering for the smaller and often less experienced children extremely well. They are all favourites at different times”.

After we finished our brief interview, we asked Frank if there was anything he’d like to add… “I believe the success of Avoca Park is due to the owners Leanne and John Williams. The professional running of the centre, the care of the animals and team culture developed with all staff.”

Frank has such a kind, positive and humorous character he is a firm member of our family, teaching during our term bookings at the weekend. Click here to find our more about our Term Lessons, Taught by Frank. 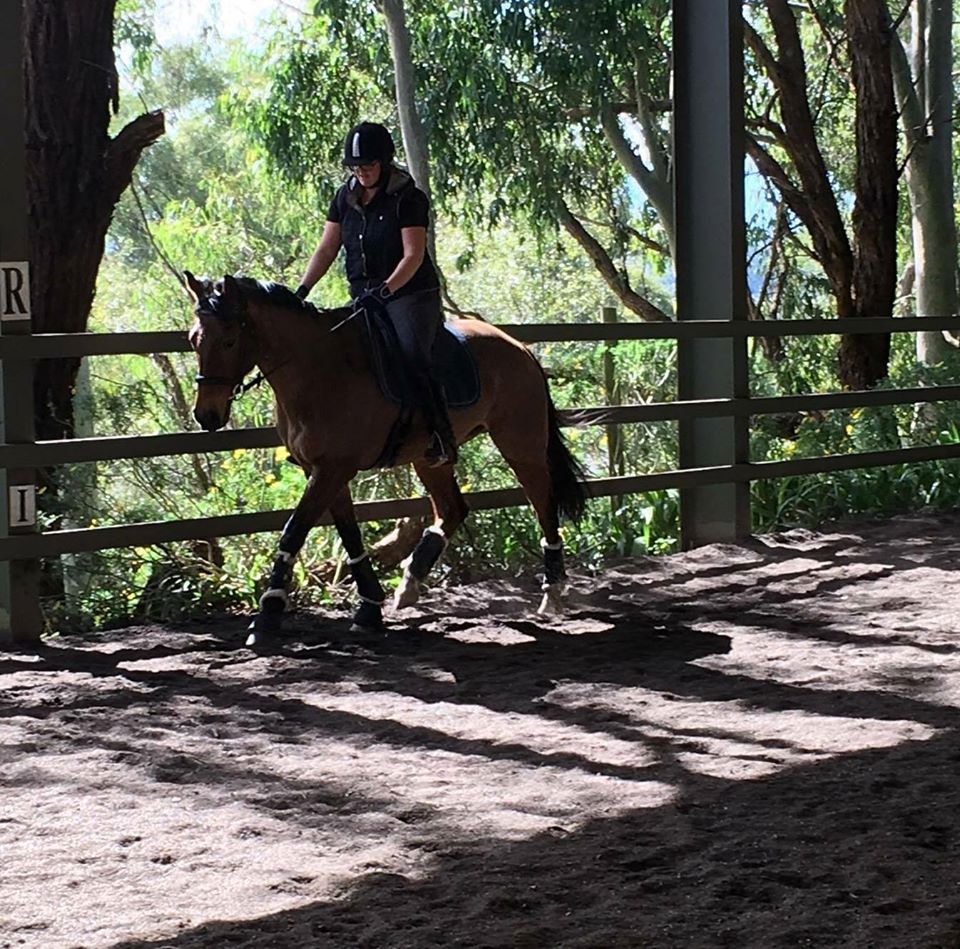 Katie Watson has been a beloved coach of ours for just over a year now. Katie is wanting to invest time into building her own independent teaching career, so no longer teaches with us at the weekends. Katie does help us with our school holiday clinics and she also teaches our EA Introduction to Horse Management Course.

With her 10 years of coaching experience and EA qualification, Katie is equipped to teach beginners through to more experienced riders of all ages. We love Katie and wish her luck as her business grows, saddened she can’t continue her weekend work with us- but we feel lucky she joins us throughout the year to help us when she can.

Click here to find our more about School Holiday Programs